The cart is empty!
Click on "Customize" and start planning your perfect trip! 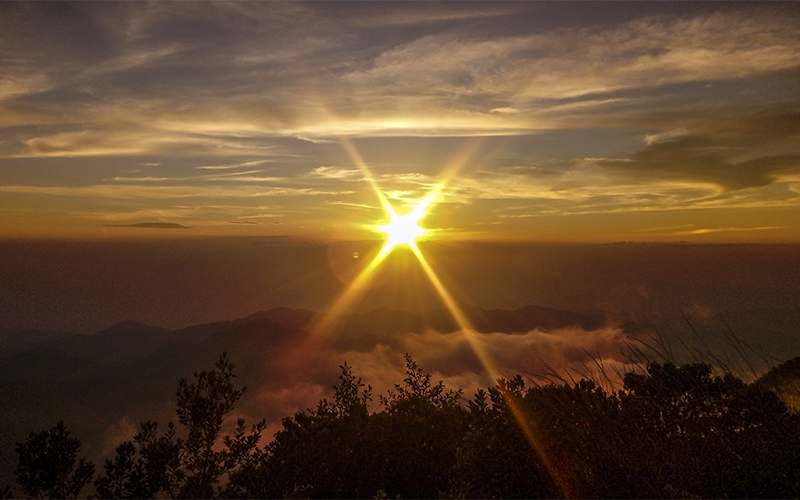 Discover the famous Northern Colombia Birding Trail with us! where you can expect not only a wonderfully varied bird list, but an incredible number of Colombian and regional endemic birds including some gorgeous feathered wonders.

What our clients say

"It was an honor to work with such professional and attentive people. We discover incredible things in places where few have arrived. I take with me spectacular photos, extensive knowledge, and learning, as well as unforgettable experiences. I can't wait for my next trip with you" 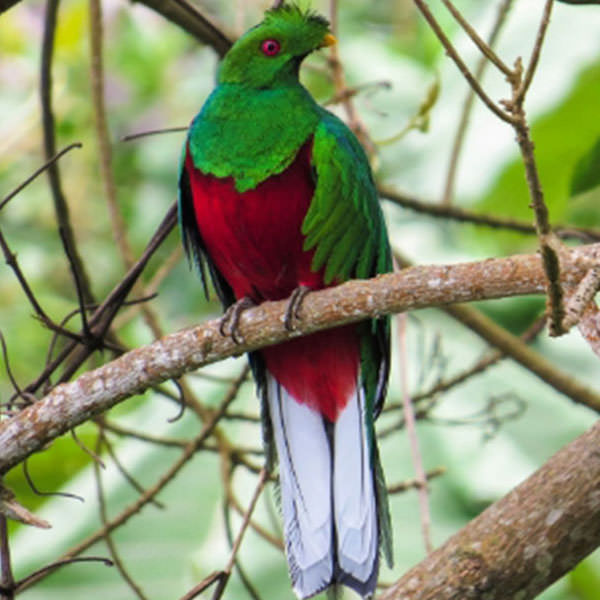 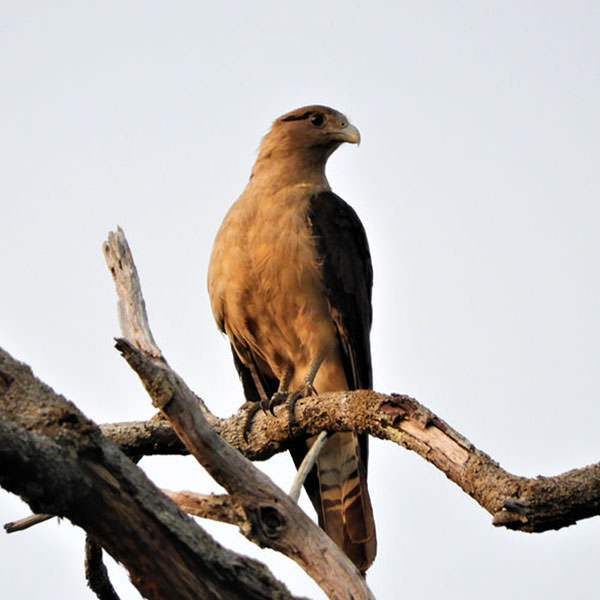 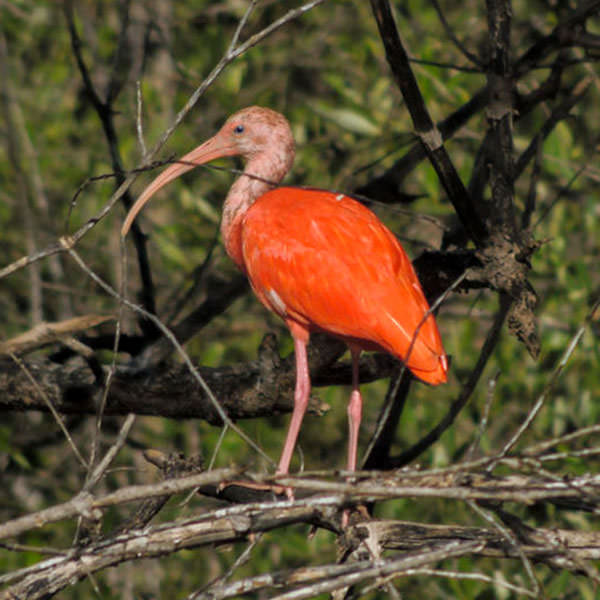 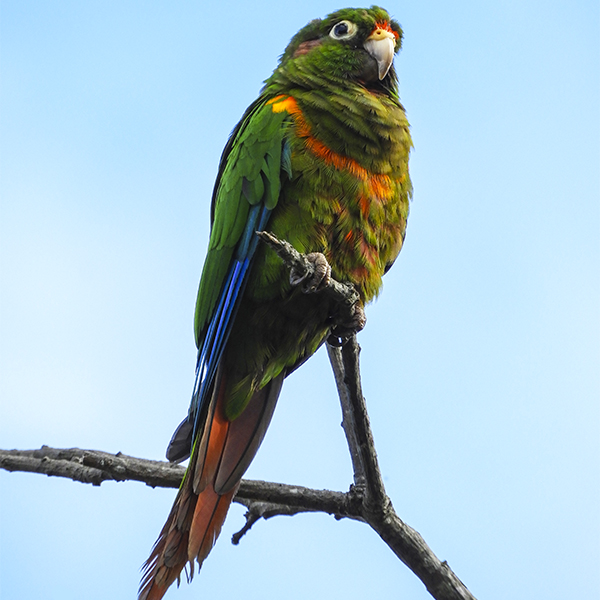 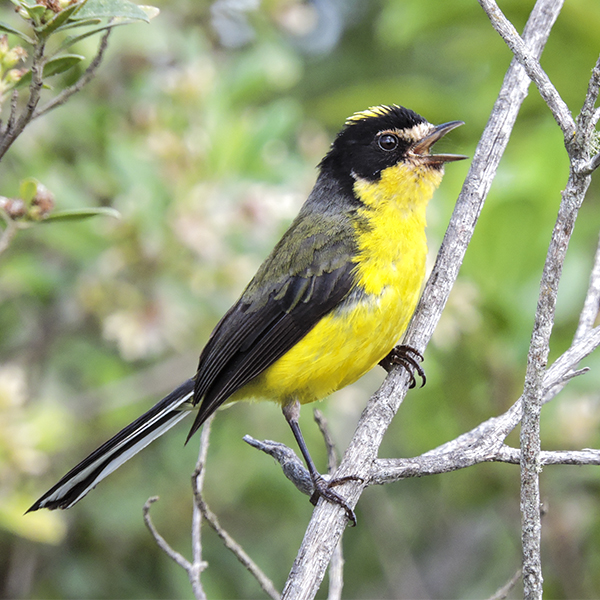 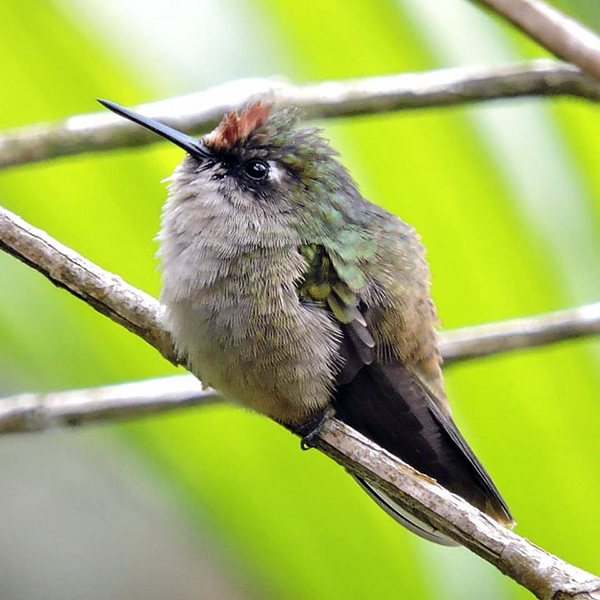 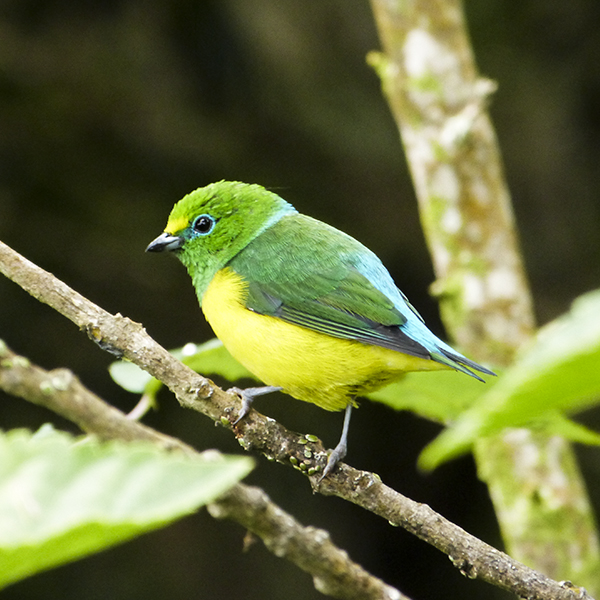 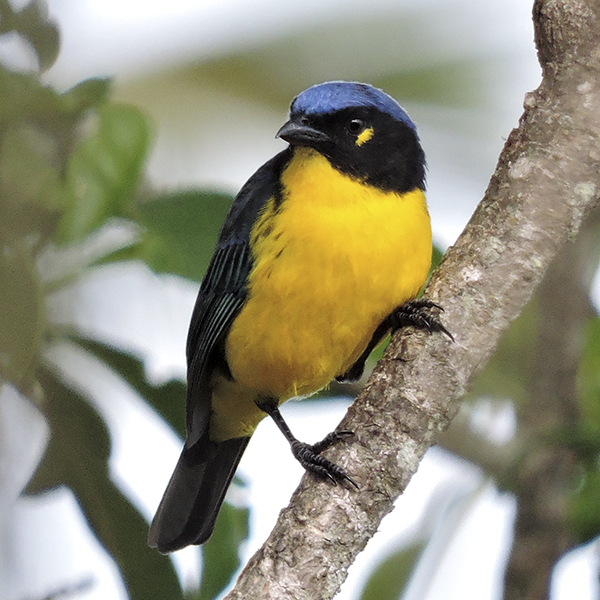 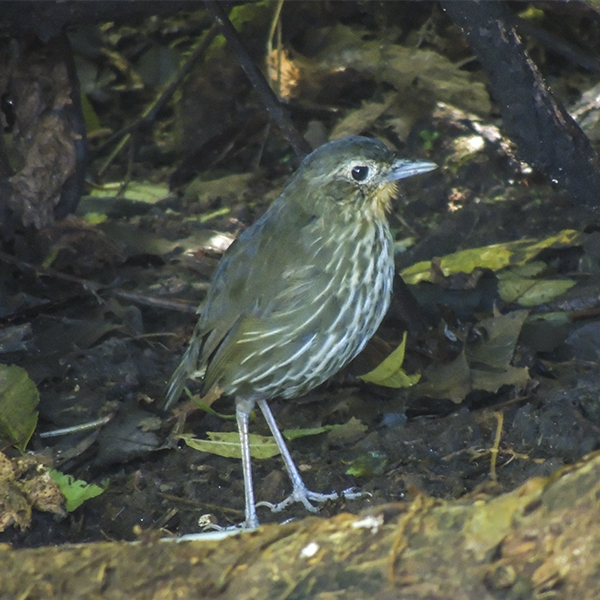 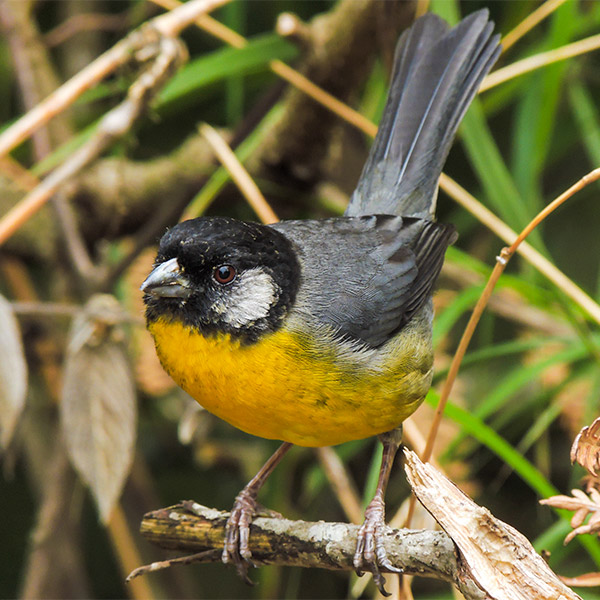 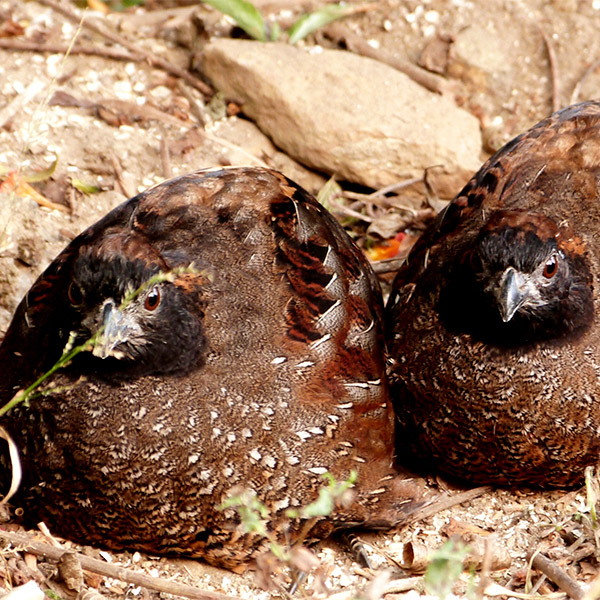 You will be landing in Barranquilla and immediately taken to the hotel.

The morning will be spent in the extensive wetlands and Mangroves of the Salamanca National Park east of Barranquilla.

The Salamanca National Park is adjacent to the Ciénaga Grande, right in the middle of the Barranquilla- Santa Marta highway. It protects the most significant area of mangroves in the Colombian Caribbean. Offers good chances for the endemic and Critically Endangered Sapphire-bellied Hummingbird, like other interesting birds as the Bicolored Conebill, Black-crested Antshrike, Golden-green, and Red-rumped Woodpeckers, Dwarf Cucko,  Yellow-chinned Spinetail, Bronzed Cowbird and Striped-backed Wren. Other great aquatic birds possible to see include the White-cheeked Pintail, Northern Screamer, Boat-billed Heron and the American Pygmy Kingfisher.

In the late morning, we will start driving east through the park but expect to make frequent stops to look at the concentrations of waders and terns that can often be found on roadside pools. In the late afternoon, we will climb into the foothills of the Santa Marta Mountains, to a little town called Minca.

Minca is a little village located in the foothills of the Sierra Nevada, the birding from the dry scrub below Minca up to the shade-coffee plantations area, encompasses lots of different habitats that yield a large number of birds, including near-endemics Golden-winged Sparrow, Scaled Piculet and Red-billed Emerald, besides Keel-billed Toucan, Pale-eyed Pygmy-Tyrant, Rufous-and-white Wren and Black-headed Tanager. The restaurant bird feeders attract White-vented Plumeleteer, Rufous-breasted Hermit, Steely-vented Hummingbird, White-necked Jacobin, Black-throated Mango, and Whooping Motmot all of them can be photographed easily.

The Sierra Nevada de Santa Marta, a UNESCO- declared Biosphere Reserve, and a well-known Pleistocene refuge is an isolated mountain, set apart from the Andes. Reaching an altitude of 5775 meters (18942 feet) above sea level, the Sierra Nevada is the world´s highest costal peak that holds the highest degree of endemism in the world per area unity. Nowadays, there are about 24 Santa Marta endemic birds recognized, species you cannot see anywhere else on earth. Although, taxonomic changes can increase this number in the near future.

We will leave very early and spend much of the day at the highest elevations that hold most of the endemic bird species of Sierra Nevada, the critically endangered Santa Marta Parakeet, Yellow-crowned Whitestart, Santa Marta Warbler, Santa Marta Bush-Tyrant, Brown-rumped Tapaculo, Rusty-headed Spinetail, Santa Marta Antpitta and a likely to be split race of Rufous Antpitta can be found at San Lorenzo Ridge. Heading back to the lodge one can find White-tailed Starfrontlet, Streak-capped Spinetail and Black-cheeked Mountain-Tanager. Around the lodge are Colombian Brushfinch, Santa Marta Brush-Finch and lots of endemic subspecies including Cinnamon Flycatcher, Black-hooded Thrush, Blue-capped Tanager, and Black-throated Tody-Tyrant.

We will spend a second full day at this marvelous reserve trying to clean up all the endemics and specialties of the area.

We´ll try as much as possible to clean up all the Sierra Nevada specialties, so in day 6 we may either go back to San Lorenzo Ridge or lower elevation towards Minca if we missed any target the days before. We also may spend time on the feeders and the compost pile of El Dorado Lodge, where Black-fronted Wood-Quail, Lined quail-dove, Sickle-winged guan, Band-tailed guan, and the gorgeous Blue-naped Chlorophonias are common visitors.

In the late afternoon, we will descend to a Hotel on the coast where we may squeeze in a little birding before dusk.

Tayrona is one of the most important National Parks in Colombia, well-known for its superb beaches, and also it's home to a variety of wildlife. We will spend the morning in or near to the Park. Depending on recent reports we may try to target Blue-billed Curassow but we will also be on the lookout for many interesting lowland species. Key targets will include White-bellied Antbird and Lance-tailed Manakinand if we are luck White-necked Puffbird. We will find plenty of commoner lowland forest species and should have a very busy morning.

In the late afternoon, we will drive a couple or hours east to the Guajira peninsula. In between the Camarones village and the Tapias River is Los Flamencos Flora and Fauna Sanctuary, western edge of the Guajira desert. Inside the sanctuary, rain water and little streams fill a number of inland lagoons along the coast that attracts numerous spectacular shorebirds such as American flamingo, the even brighter Scarlet Ibis, White Ibis, Gulls, terns, and many migratory shorebirds are to be found at Los Flamencos waterbodies.

We will spend the morning birding in the dry scrub where we target many species including Vermilion Cardinal, Tocuyo Sparrow, Bare-eyed Pigeon, and Pale-tipped Inezia. Around lunchtime, we will make the long drive south to Valledupar where depending on the time we may make a short late afternoon visit to Los Besotes Reserve.

Los Besotes reserve protects an extensive portion of the dry forest along the eastern foothills of the Sierra Nevada de Santa Marta. It is 8 km north of Valledupar, northeastern part of Colombia.

We will target Venezuelan Flycatcher and hope to at least hear Red-legged Tinamou. We also have a second chance of several Minca and Guajira birds. We also can expect to find Yellow-olive and Yellow-breasted Flycatchers, Rufous-browed Peppershrike, Scrub Greenlet, Lance-tailed Manakin, Rufous-capped Warbler, and Pale-eyed Pygmy Tyrant. We will then spend much of the day climbing up to the Perija Lodge and we may pick up our first Perija endemics on route such as Perija Tapaculo and Black-fronted Brush Finch.

The Serrania de Perija is an isolated offshoot of the Eastern Andes that forms the border with Venezuela and is one of the least explored areas in Colombia. The Perija Thistletail Reserve is located in the villages of El Cinco and Altos de Perijá, in the municipality of Manaure, department of Cesar, and protects a huge portion of the remanents of high Andean forests, subparamo and paramo of this area.

We will spend the morning on the Paramo above the Perija lodge where we will look for Perija Thisteltail, Perija Metaltail and the local race of Perija Rufous Antpitta. We will spend the later part of the day birding near the lodge looking for Perija Starfrontlet, Loungamere’s Sunangel, Rufous-shafted Woodstar and several commoner species which are represented by Perija endemic subspecies that may one day gain full species status.

We will spend the day birding down from the lodge targeting anything we have been missing and looking for species such as Crested Quetzal, Streak-capped Treehunter and Klage’s Antbird.

We will have a final morning day in the Coffee plantations below the Perija Reserve where we will look for Perija Brushfinch, Moustached Puffbird, Grey-throated Warbler and Yellow-throated Toucan.

We will catch a domestic flight back to Bogota to connect with international flights.

Our tours include:  Accommodation, meals, ground transportation, and domestic flight if required.